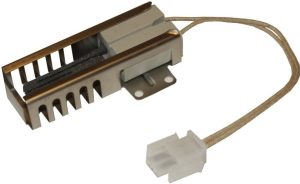 Malady-bound, I was stuck inside the house for the day. Other than regularly scheduled appearances on the back lawn for an audience of one black dog, I looked for inside chores that I’ve ignored.

The laundry was easy. I recovered some flannel shirts that I left in the dryer during my last session. Even the wrinkles were wrinkled. It was nothing that a wet towel—tossed in for another go-around— couldn’t smooth out.

The shirts will not meet the standards set by someone who gives a hoot about looking their best, but I shoot for feeling my best. Wrinkled flannel is an expected visitor in my neck of the woods. If I showed up well-ironed at most of my haunts, there could be dark accusations about where I might have been. I don’t need that kind of negativity in my life.

I tossed away some unidentified foods that were starting a bit of an uprising in the bottom of the fridge. My concern was that—soon—they would recruit other foods and try to jump me when I opened the Maytag in the middle of the night.

If you’ve never been attacked by brownish celery, wielding cherry tomatoes as if they are tiny cannonballs, you don’t know how dangerous stalk-like veggies can be. If and when they attempt to employ the Franks RedHot sauce as a diversionary tactic to burn my eyes, Ol’ TC will not fare well in the battle of the belated bacteria.

You cannot adequately fight off enemies when blinded. I learned that in a book about the United States Naval War College. Just another thing that I checked off my list of things to do today.

My final chore was to figure out why the twenty-five-year-old gas range was taking so long to light. This specific problem was brought to light (see what I did there?) during a recent visit from the Significant One. She actually bakes things. I do not.

When she mentioned it a few weeks ago, I acted as if I was concerned about it. The naked truth is that I was not at all concerned. I had quickly deduced that if she does come home for Thanksgiving, I will make a reservation somewhere, or, maybe, I can manipulate my son into inviting us to his home. This tactic would earn me precious time to figure out what the problem was.

Today, I excavated a frozen meal from the back of the freezer. I noted—at the last minute—that it was in a metallic foil pan. Even I know that this could be a disaster if placed in the microwave.

Standing in the middle of the kitchen floor, cloaked in wrinkled flannel, led me to look into the issue of slow ignition. I removed the bottom protective tray over the gas tube and then stared at the igniter while waiting for the stove to light.

The good news is the stove is sparkling clean. This condition is most likely due to lack of use. It took ten minutes for the glowing block to get hot enough to allow the gas valve to release propane into the hot box. I surmised that this was the problem and began to ask my sister—Google—about the availability of new square igniters.

It seems that my Maytag stove—built by Whirlpool— sold by Sears & Roebuck, is “new enough” that parts are readily available from several locations on the world wide web. While perusing the perimeter of the stove, I found the serial number, model number, and a happy little slogan that specified that the Maytag (by Whirlpool) was built in the U.S.A; Ohio, to be exact. You just don’t see that enough.

For twenty-eight dollars and some change, plus seven dollars in shipping costs, I will be able to replace the igniter and avoid being labeled as a Thanksgiving Day Grinch.

I bet I would have had to pay that for a pumpkin pie, so there’s a good chance I will come out ahead on this deal.

The best part of the whole debacle is that this guarantees I won’t have to iron a shirt.

Thanks for stopping by and reading my stuff. Thank you for the kind notes, for buying both my books and the coffee donations through BMAC. Your kind support keeps this slow train running. I appreciate all of you.
TC