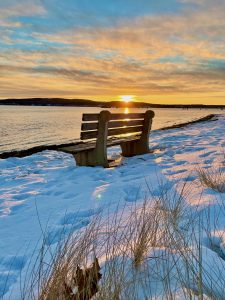 I was sick a couple of weeks ago. It felt like a common cold, but you can’t be too careful right now. I cannot think of the last time I booked out of work for a cold, but I had to due to the concerns surrounding the virus.

I’ve learned not to let people know that I am sick until well after I am back on my feet. Social media posts that inform others about your current minor malady can create a tsunami of get-well wishes. It feels weird to receive them, especially after knowing so many seriously ill people who are stricken with medical problems that are insurmountable.

In my opinion, we should save our prayers for those who are truly struggling. I also am very aware that there are grief thieves out there who share every single sprained toe and runny nose for attention purposes; it drives me crazy.

We all get sick, and two years ago, no one would have even given a second thought to having a cold. I sure didn’t.

After the first day of coughing up a lung, I was overwhelmed with advice from family that I needed to be tested for COVID now. In-home tests are hard to get, and I knew I would need to peruse about in a retail facility to find a box of tests. I didn’t want to go out into public, but it appeared that I needed to do so in order to get people to leave me alone and allow me to watch endless reruns of The Andy Griffith Show.

I double-masked and set out on a mission. The first two locations were out of tests. The third had just sold out about ten minutes before I got there. I finally located a few tests, secured them, and then drove home to drive that swab up my nose.

The results indicated that I was negative for the virus.

The following day I felt much, much worse. It still mimicked a serious cold, and I wasn’t sleeping all that well. I tested again; it came back negative.

I won’t bore you with more details about the illness, but it was much worse than the average cold. I ended up testing four times for the virus. Each and every test was negative.

I’m not a person who advises others about their healthcare needs. I focus on myself, and if I don’t want to spread— or catch— a virus, I remain solo. I’m comfortable in that role anyway.

The advice I am going to give you, and it will hopefully be the last advice I ever give you, is to buy a few in-home COVID tests to keep on hand AT your dwelling. When you need one, it will be most likely that everyone needs one.

It’s not good to go out into pharmacies and big-box stores when you are already ill. Having some on hand for when you do get a nasty cold that mimics the virus will save you from having to roam around and put others at risk.

I wasn’t going to write this piece, but only because there are so many people who rage about this and that. I am not a rager. But I do like to think of myself as a planner, and I had given no thought to having those tests on hand for when I inevitably got sick. Take the advice or leave it, but be well. I appreciate you stopping by the page.