I’m a collector, a slow-cooked dish of all that I’ve ever done, and lots of what I’ve seen, heard, and read. There’s nothing new under the sun, and I’m proof that this Ecclesiastical idiom is nothing short of being accurate and factual.

I’m sure I’m just rejuvenating some thoughts—or an idea— that blessed someone else long before my arrival on the planet. Incidentally, during the same year, we lost John F. Kennedy. It means nothing unless you think about it for a while. Even then, it probably means nothing at all. 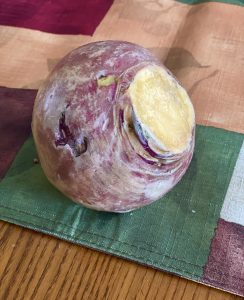 I’m a poor student who has done okay for myself. I started in broadcasting, but I became a cop. Who could have foreseen this one-eighty? If you’d observed how much I enjoyed “WKRP in Cincinnati” and “Barney Miller,” you’d have seen it coming. I didn’t.

I’m a struggling dyslexic who picked words as my vehicle to pass on nothing in particular to a large group of people who I’ve never met. It’s the perfect fit. Nope, it isn’t.

If you had met my English teacher, Bill, you both would have bet against me. I would have agreed with you; it always seemed like a terrible idea; I ran with it. There are not a lot of job opportunities for a soon-to-be-retired radio DJ turned detective. Writing books and stories is just another bad idea that I’ve embraced.

My formal education in writing my thoughts came from foraging for stories in stacks of Reader’s Digests, Field and Stream magazines, clipped Erma Bombeck columns, and books intended to be read by someone far older than I was when I was caught thumbing through the pages. My grandfather provided most of them, and he urged me to read.

He directed me to read Thirty Seconds over Tokyo— twice— when I was eight so that I could answer a few questions about minor details that would usually be forgotten by an eight-year-old. I then read many passages from fire science books until I could explain what BTUs were. I didn’t become a firefighter. I’ve not needed to know anything about British Thermal Units since that very day. I do know to blow on hot food to get it delivered to my gizzard sooner than later.

When I decide to write an essay for a post, it’s often completely different than the thoughts that run rampantly through my noggin for the few days prior. I’ve learned not to fight it. This essay was initially destined to be about the beef stew I made last night. I thought it was a grand idea. I might still put up a photo of the finished product. The stuff could be some of my best work with an Instapot. I couldn’t find any smoked paprika. Still, I persisted.

This morning, what overcame me were thoughts about how I’ve evolved in the kitchen and at the sink. I hated doing dishes, yet I now run the scalding hot water before cooking. I liberally squirt blue Dawn to get just the right amount of suds. I then, methodically, wash the dishes as they finish up the task that I’ve required from them.

Oh, about the beef stew. Do you remember when one of the most critical parts of any good food story regaled the glory of the slow cooking process? Baked beans were only good because they spent so long soaking up the Saturday afternoon heat from mother’s gas oven.

That thought overwhelmed me while cleaning my Instapot as I was standing at the sink and listening to “Ventura Highway” from America. It wasn’t on Spotify; it emerged from my personal music library. The Rolling Stones followed it up with “Wild Horses” when I started writing this longwinded ode to nothing in particular.

Beef stew that once spent hours in the crockpot took me only about an hour to create. I think the key to this batch was the rutabaga. That was yesterday’s conversation with my mom when she loaned me one for my stew. We talked of the subtle differences between turnip and rutabagas. We decided that the two members of the brassica family were interchangeable in this RVDS (Root Vegetable Delivery System); stew, that is.

Life isn’t always about what you think it is. Sometimes quicker is better, but not always. Music matters, and it’s okay to mix America with The Rolling Stones. Read most anything you can get your hands on; it’s still reading. If someone tells you that your words come out wrong, find new friends with more patience. Go with the rutabaga if you can’t find a turnip; it’s a bit milder.

I’m a collector, a slow-cooked dish of all that I’ve ever done, and lots of what I’ve seen and heard. There’s nothing new under the sun, and I’m proof that this Ecclesiastical idiom is nothing short of being accurate and factual.

I have to go. Joe Cocker just came on, and I’m Feelin’ Alright.

Thanks for reading. I know I say it a lot. I mean it a lot.

Thanks for your support for the BuyMeACoffee thing. Most of all, I’m thankful you all stop by to read my stuff. My gramps would appreciate it, so does Bill; he stays in touch forty years after I almost failed English for the second time. Pick your cheerleaders wisely. Most of them mean well, some of them don’t. Get rid of the ones who don’t.