The rocketing fuel prices have caused me to modify my driving habits. I try to make better-planned round trips while mentally calculating the shortest distances between two points. The most frustrating roadblock to my dollar-saving measures is leaving the house in the hatchback and realizing that the freight would have been better transported in the bed of a truck. It’s a first-world problem, of course.

That leads to shoehorning things into the car that shouldn’t fit. I bought a small car, but only after finding one with an interior that complies with my stupid cargo decisions. So far, I’m winning the battle due to a feature called “Magic Seats.” However, my trash run to the dump depot had to be strategically moved from last to first stop because of environmental hazards. 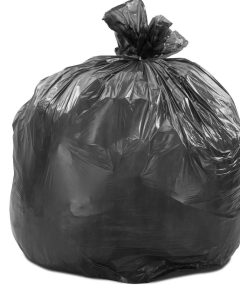 Keeping the trash INSIDE of the car, rather than in the truck bed, causes me to be affected—and sometimes overcome— by odiferous attacks from the rear.

Cross ventilating—a strategy employed for years when traveling with gaseous friends, and less so, dogs—is no longer working. No matter how I utilize open windows and the overpriced and unnecessary moonroof, the odor from the way-back barely takes five seconds to arrive at the driver’s seat. I can almost see the cartoonish fingers of vapor prying their way into my right and left nostrils upon the initiation of forward progress.

Being genetically blessed with a larger than the average nose might be the problem. Still, I can do nothing about that, short of surgery.

I cannot afford to go Pug when an already fully-operational Shepherd nose came standard with the TC edition. Things were not expected to be luxurious in the 60s. More prominent was better, for a time. I’m definitely built for more practical experiences, like pinpointing which neighbor is having a cookout.

Back in the day—when gasoline was only three dollars a gallon— I could keep trash in the truck’s bed for many days at a time. The only indicator I was hauling smelly refuse was the flies that might congregate over the tailgate a couple of days after the initial loading. In that case, the buzzing was a good reminder that I’d better get cracking and finish what I started.

Winter weather allowed the trash to freeze solid and stay fresh and odor-free. The warmer interior of the hatchback is a creator of a conundrum leading to good old-fashioned decomposition. It’s science, Timmy.

The pickup truck has been parked for weeks. The last time I drove was when I had to plow a couple of folks out across town. Snow was a surprise, and I filled the fuel tank on my way back home. I think gas was around three-ninety-nine that day. It was a painful experience. I hung the keys on the hook by the former phone jack and grabbed the Honda key fob for the foreseeable future.

Now, on dump day, it’s load-up, crush it with the hatch, jump in, roll down a couple of windows, and motivate my way toward the big green municipal dumpster on the backside of town. That’s where all of my leavings go to rest.

Gas might drop in price, but probably not to the levels we’d all like to see. I can’t plow snow or haul the old tractor with the compact car; this I know for sure. I’m lucky that the timing of picking up an econobox coincided—almost to the day—of the meteoric rise of prices forced on us by the unnecessary force being used against the Ukrainian people.

Once again, I determined that my life had been far too easy; the smell coming from the way-back reminds me of that.

I hope your weekend is filled with good things. If not, seal off that bag with a tight knot and crack a window. Sometimes that works.

*Thanks for signing up for my weekly blog posts on the Newslog. Invite a friend, share it on “The” Facebook; the more, the merrier. Thanks for the support for the website through the BuyMeACoffee app. A high-five to those who joined the Royal Order of Dooryard Visitors with the monthly support. All of you have been essential cogs in driving this old wagon forward, and I am so thankful for you.

From the Jagged Edge, I remain,
TC