My Friday has been successfully closed out, and it’s only eleven a.m.

I am proud to say that my third book has been completed, but the final step was to pen an introduction. I can’t tell you how long I’ve been working on it, but to finish it up has taken me the better part of a week-and-a-half.

Yet to be released, the title is “Dawn in the Dooryard.” There is a subtitle, but I’ll withhold that for now. I’ve learned that things tend to change without much warning and usually without my consent. I flow with it. We can talk about all of that some other time.

My editor and I met for coffee about two weeks ago. He had sent me plenty of reminders to get the introductory piece to him. During the period when the coffee became stale and cold, he brought it up again. 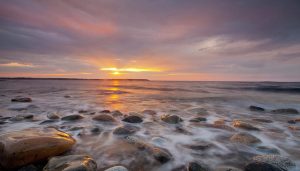 “Did you get the introduction done?”

I’ve worked on it—and I’ve deleted it—nightly from that point on. When someone makes you write things, they don’t come as quickly as the fertile mind can produce when daydreaming during an important meeting.

I’m excited to send it, but I’m equally happy to see the revisions that might come back to me for review in the next month. Some might revile the process, but I want to see what others find unacceptable. My editor is a very patient man. He must be to be able to work with someone like me.

He told me that he pulled something from my Facebook page as a last-minute addition to the next book while we were sipping our drinks at the last meeting. I liked the piece, but I thought it was a bit late to have anything added to “Dawn in the Dooryard.” Editors can do whatever they want, within reason. I appreciated his flexibility.

So, today, I will not write anything else. I will get some sunshine and meet one friend for a late snack and another for an early dinner.

It’s Good Friday, and I’ll keep that in mind too. It’s important to me, and maybe to you.

Today’s photo is from my friend Scott Bryson. It’s called “Seawall Sunrise.” He’s the guy that owns Bagel Central in downtown Bangor. It’s the spot where I always meet my editor, Michael. It’s been a lucky table for us. Say hello if you see us arguing. Thanks for your support through BMAC, it’s helped the process, and the website tremendously. Tim Cotton